For Our Westernmost States: A Heavy Rain

In Oregon, California, Washington
We need rain now.
All the people, the animals, the trees,
all the green and all the life of this land—
our westernmost states need rain.

If you know how to pray, pray for rain.
If you can imagine, imagine rain.
A downpour in our western states,
Rain, sweet rain.

Yesterday, I checked in with John Pavlovitz’s blog Stuff That Needs to be Said, where I read his post “I’m Really Tired of Hatred.” Those of you who follow Left at the Altar either know John’s work or know the hatred he’s speaking of; in the news of the day it is rearing its ugly head in armed white men threatening our legislators, some of them displaying swastikas and confederate flags. In the not-too-distant past, it has shown up in crowds chanting “Lock her up!” and torch-lit men chanting “Jews will not replace us!” It is hatred that is flagrant—the most recent example of that flagrancy: two white men gunning down a young, unarmed black man out for a run on a sunny afternoon.

John Pavlovitz is tired. I am weary. Weary of waking up each day to a man in the White House who, all during his campaign for the Presidency, spewed hatred and pumped up attacks on minorities and immigrants. Do you remember that he used the word “carnage” in his Inauguration speech? That is all I remember about that speech—that one word. It is a word I associate with war, with blood and guts. But just as the gunning down of Ahmaud Arbery is a modern-day lynching, this incompetent, cruel and corrupt man in the White House has wrought a modern-day carnage on our republic.

Think of all the people who have been dismissed or demoted: scientists, diplomats, public health experts, experienced people in our intelligence corps and in our justice department—people of integrity who were steadfast in their commitment to uphold the Constitution and the rule of law.

Think of all those lives upended, the wreckage of careers destroyed and reputations maligned. Consider the loss of knowledge and experience and expertise, the loss of people who took pride in being public servants. And along with that loss, relationships with our allies and protections from our enemies have been left frayed and weakened.

I am weary of the news that our postal service is about to collapse. How has it come about that we are watching the collapse of a service so vital to our democracy that it is written into our Constitution? Article I, Section 8: The Congress shall have power To establish Post Offices and post Roads.

I actually know why there is an imminent collapse of our postal service. It can be traced back to 2006, when a Republican-led Congress that wanted to privatize our public postal service imposed certain restrictions on it, restrictions calculated to bring about its eventual demise. And three months ago, in February, a Republican-led Senate squelched HR 630, the Postal Service Protection Act — legislation meant to undo the requirements that are crippling our postal workers. O weariness that weighs me down, thy name is Mitch McConnell.

I am weary of the ignorant, egoistic, narcissistic, corrupt man in the White House: the seventy-three-year old brat who would be King. I am weary of his Attorney General William Barr, who is supposed to uphold the law of the land, but instead does the bidding of the bully-in-chief.

I am weary, deeply saddened, and astounded by an executive branch that has expanded the reach of a global pandemic, a pandemic that is sickening millions of people, killing hundreds of thousands.

Yes, I am weary. But “faith” is the first of the five words that sum up what Left at the Altar is about, and I cannot end this rant on weariness without speaking of my faith, because that flame still burns.

I pray every morning for a return to sanity and competence and honor in our federal government. I pray for excellence in leadership, and I am thankful for excellence in those legislators who represent us fairly and continue to work on the public’s behalf, thankful for the governors and mayors who are leading our citizens responsibly during a public health crisis that has brought on an economic crisis.

This flame of faith is kindled by daily acts of kindness and compassion and generosity throughout the United States. My faith is renewed in the day-to-day work of journalists who continue to report facts and ask questions. It is sustained by the people in the media who unfailingly report on and discuss and challenge the validity of the strange time we live in. I am lifted up in my faith by artists and comics who undoubtedly share my sense of weariness— artists who move me to tears with their music, comics who make me laugh and help keep me sane. My faith continues to be renewed by the activists and organizations working each day to bring an end to the many sorrows caught in the shadow of the big umbrella we know as Injustice.

Regardless of my weariness, my faith is sustained by our Constitution: “We the People of the United States, in order to form a more perfect Union, establish Justice, insure domestic Tranquility, provide for the common defence, promote the general Welfare, and secure the Blessings of Liberty to ourselves and our Posterity, do ordain and establish this Constitution for the United States of America.”

The words that begin our Constitution are at the core of my faith in America. As an act of faith, I have moved my copy of the Constitution from my bookshelf to a place of prominence, a place where I can see it every day and remember why I must continue to hold to the good, continue to draw strength from the actions and service of those who reflect the best in us. I am holding on to a vision of a future where I am no longer made weary. It is a future where each day we are aligned in our dedication to promote the general welfare of the American people.

It is an America made sane again.

Submissions. My one writing imperative is: when the work is ready, send it out. AKA—submit.

Yesterday, I spent a big chunk of time prepping a submission to a literary journal. What I thought I had ready to go were four proems—the form formerly known as the prose poem. All four proems had been through the re-wringer: they had been rewritten, revised, reworked, and refined. They were definitely ready. But first, I had to write my cover letter and a brief bio.

The cover letter was relatively easy, but the brief bio was not to be dashed off. There was a four-sentence limit to the bio, and the journal wanted certain particulars included. When the four sentences with particulars had been crafted and completed, I began the copy-paste process, transferring the work from my original file to the submission doc.

As I gave each proem its own page (as required by the journal), I read through it, to be sure nothing had gone amiss during the transfer. The first two passed the test, but the next two—as I read them aloud one last time—called out to be honed again. Not the whole piece, but in each, I saw the need for more clarity in certain phrasing and description. So, more spit and polish. Actually, there was no spit involved. A lot of polish. After all, Rule No. 3 of my top three writing rules is: Rewrite. Revise, revise, revise, until it sings and you know you’re done.

I set out to submit at noon. Five hours later, I hit “submit.”

Yes, dear, it was a long hard day at work. While it’s true that I long to be like Noël Coward, who reportedly wrote Blithe Spirit in six days, I take comfort in having some kinship with Oscar Wilde, who once told a friend: “I was working on the proof of one of my poems all the morning, and took out a comma. In the afternoon, I put it in again.” 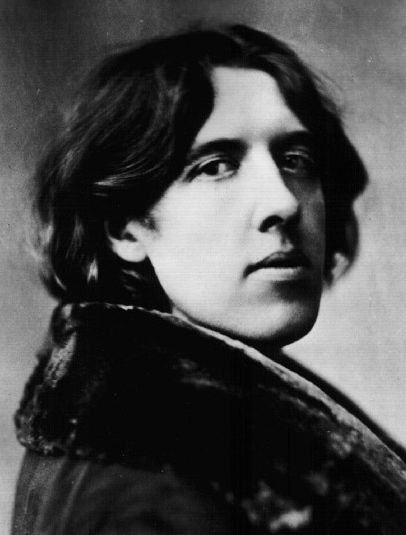 “Rest is not idleness, and to lie sometimes on the grass under the trees on a summer’s day, listening to the murmur of water, or watching the clouds float across the sky, is by no means a waste of time.”
— Sir John Lubbock

“It takes a heap of loafing to write a book.”
–Gertrude Stein

For Australia – A Heavy Rain

A heavy rain is what we need,
that’s what I heard him say.
A heavy rain, but it isn’t in the forecast,
not until May.

Down under, they need rain now,
all the animals, the people, the trees,
all the life of that land,
Australia needs rain now.

If you know how to pray, pray for rain.
If you can imagine, imagine rain.
A downpour in Australia.
Rain, sweet rain.

Three Rules and One Imperative

1) Write. Write whenever you can, for as long you can. Write.

2) Read everything you write out loud.

The imperative: Send it out. 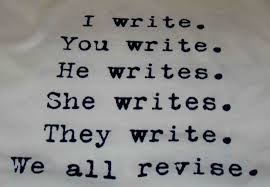 Here are my top ten reasons to see “Where’d You Go, Bernadette”:

2) The visual splendor of the Antartica. The silent majesty of ice sculpted by nature and the purity of the chill-blue waters underlines the clarion call to save our planet.

3) The sheer joy of the relationship between Bernadette and Bee (Emma Nelson), the daughter who is Bernadette’s life-line.
4) The shock-to-the-system event that sends Bernadette Fox into her downward spiral.
5) The rant-monologue Bernadette delivers to explain why she—an acclaimed architect and one-time MacArthur Genius Fellow—has not designed, built, or created anything in nearly twenty years.
6) The three-sentence summary her mentor, Paul Jellinek (Laurence Fishburne) delivers after Bernadette’s rant — a summation that reduces Bernadette’s explanations and excuses to sound and fury, signifying nothing.
7) Kristen Wiig as Audrey, Bernadette’s absolutely maddening, politically correct neighbor.
8) The Oh-My-God! consequence of Bernadette following to the letter Audrey’s instructions on how to improve the thorn-entrenched blackberry wilderness encroaching on Audrey’s property.
9) The surprise entrance of the FBI, and the equally surprising place Bernadette goes to get help in making her exit from the looming institution about to swallow her life.
10) The deeply satisfying resolution to this story of a person and a family coming undone and put back together again. 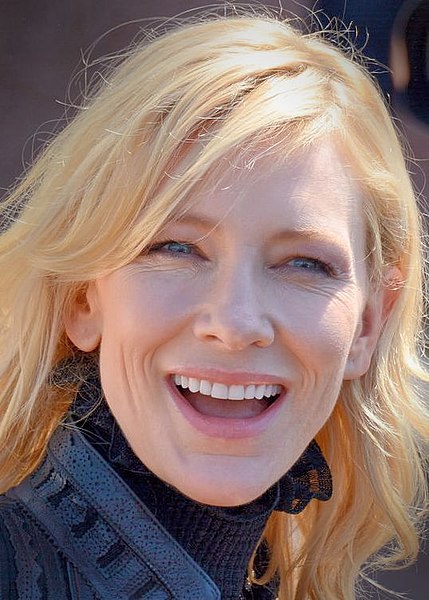 Also, there are no guns, no car chases, no aliens. It’s about people, really interesting people. Go already. I think you’ll like it. I loved it.

P.S. Stay for the credits—at least until there are no more images. That’s part of the pay-off. 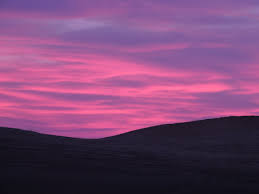 Leaning against the windowsill,
stretching to see the last radiant glow
of deep pink in the western sky,
I breathe in the scent of earth
and pray, pray
we will not lose this sweetness
to the deniers and profiteers,
lose everything
to the ones who profit
from denial.

For You, A Song

For You, A Song

I’ve been a long time gone,
And I’m slow coming home,
I’ve been working away
Putting on a play.

Been putting on a show,
Ask me, how did it go?
Was better than okay,
Was great! I say.

Yes, all of that is true,
And now I have the time
To make up this rhyme
For you.

Not yet become a Buddha,
this ancient pine tree,
dreaming.

ruminations & travesties of the favorite yet naughty son of Nengkoy

“Compassionate toward oneself, we reconcile all inner, and the universe - from within.”

Haiku out of Africa

Times of Resistance
50 is the new "forte"

fitness, strength, and wellness over 50

Wanderlust Pic
raskolnikovva
My Website
Left at the Altar

Faith, politics, and other stuff

A blog full of humorous and poignant observations.

Wisdom (I hope) and Thoughts from Sophy Burnham

AHA! A library of articles providing instant access to resources and tips, written by authors, for authors. Never a charge for membership, the door is always open! Come on in and stay awhile...